Commercial office buildings typically feature long rows of windows. Windows allow natural light into the workplace which boosts endorphins for everyone inside and generally elevates the overall aesthetic of an office space.

We recently visited a client’s job site to take measurements for a series of custom banquettes and part of our custom process involved considering these large windows. 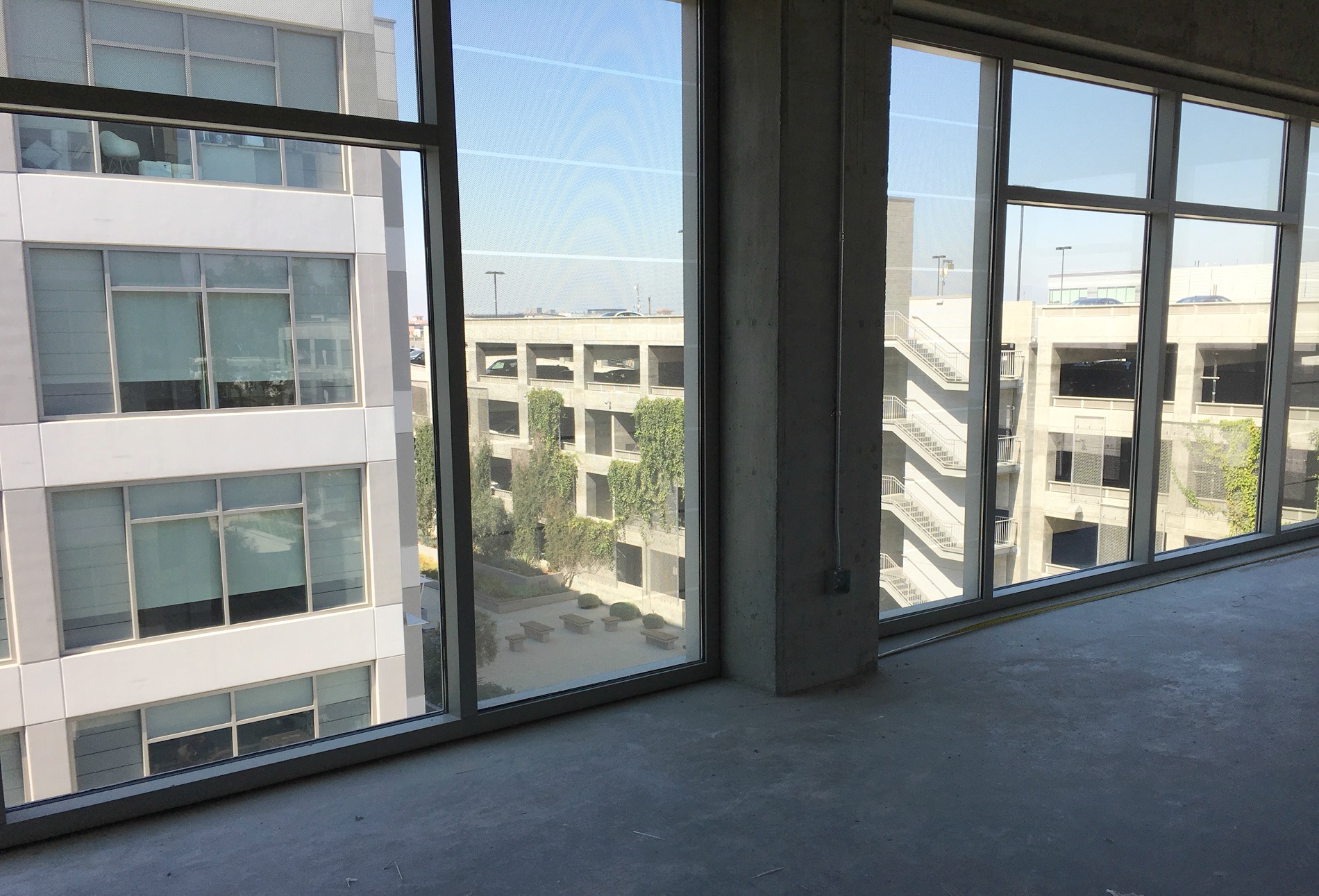 So here is the amazing thing that is easy to forget about windows: You can see through BOTH sides of them!

Those on the inside can look out, and those on the outside can look in. In the workplace above, several other offices in another building will be able to see inside, along with a rotating assortment of drivers who park in the adjacent garage.

For this particular workplace, the architect and client had agreed upon a row of banquettes along this window; the back of the banquettes would be viewed from the outside.  You’ll also notice a large column between the windows above.

The original plan was to simply build straight-back banquettes that would be placed in front of these columns. Similar to the banquette below: 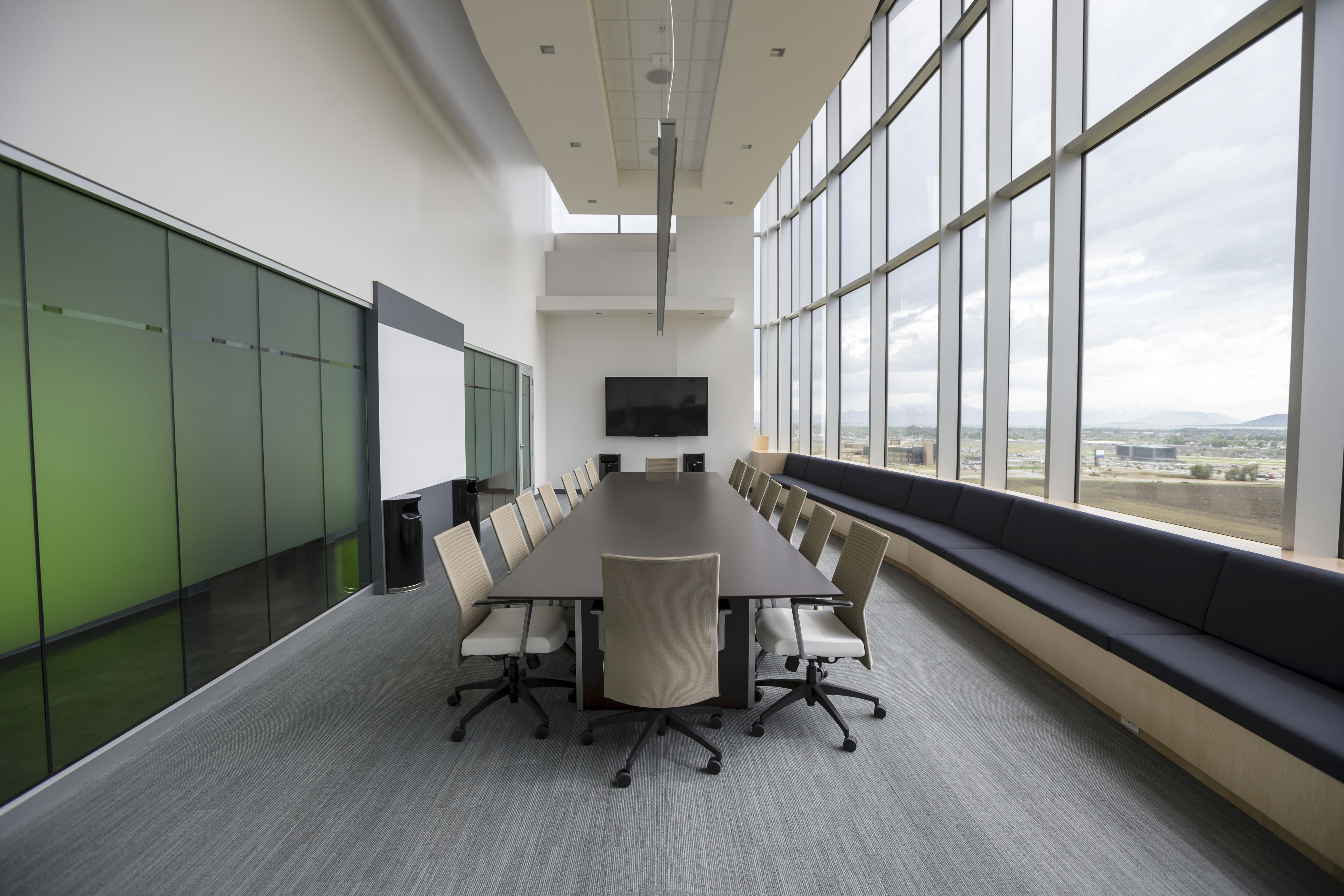 As you can see, this leaves a bit of negative space between the back of the banquettes and the window. And, in a busy work environment, there is the inevitable problem…trash and paper becoming permanently trapped against the window.

More than just an annoyance, this would appear sloppy and unprofessional to anyone viewing the office from the outside.

Not exactly the image that a major entertainment corporation would want to communicate to the world.

The solution? A more customized banquette that wraps around the columns and is installed flush with the windows. The backs of the banquette will be finished and appear tailored and professional from the outside. And upholstered in a complementary brand color for the client.

If you are designing a layout or furniture for a space with windows, keep in mind the view from both sides. And of course, work with a furniture manufacturer who considers all the details and doesn’t immediately build the “easiest” solution.

If you’d like to talk to our team about your project, drop us a line! 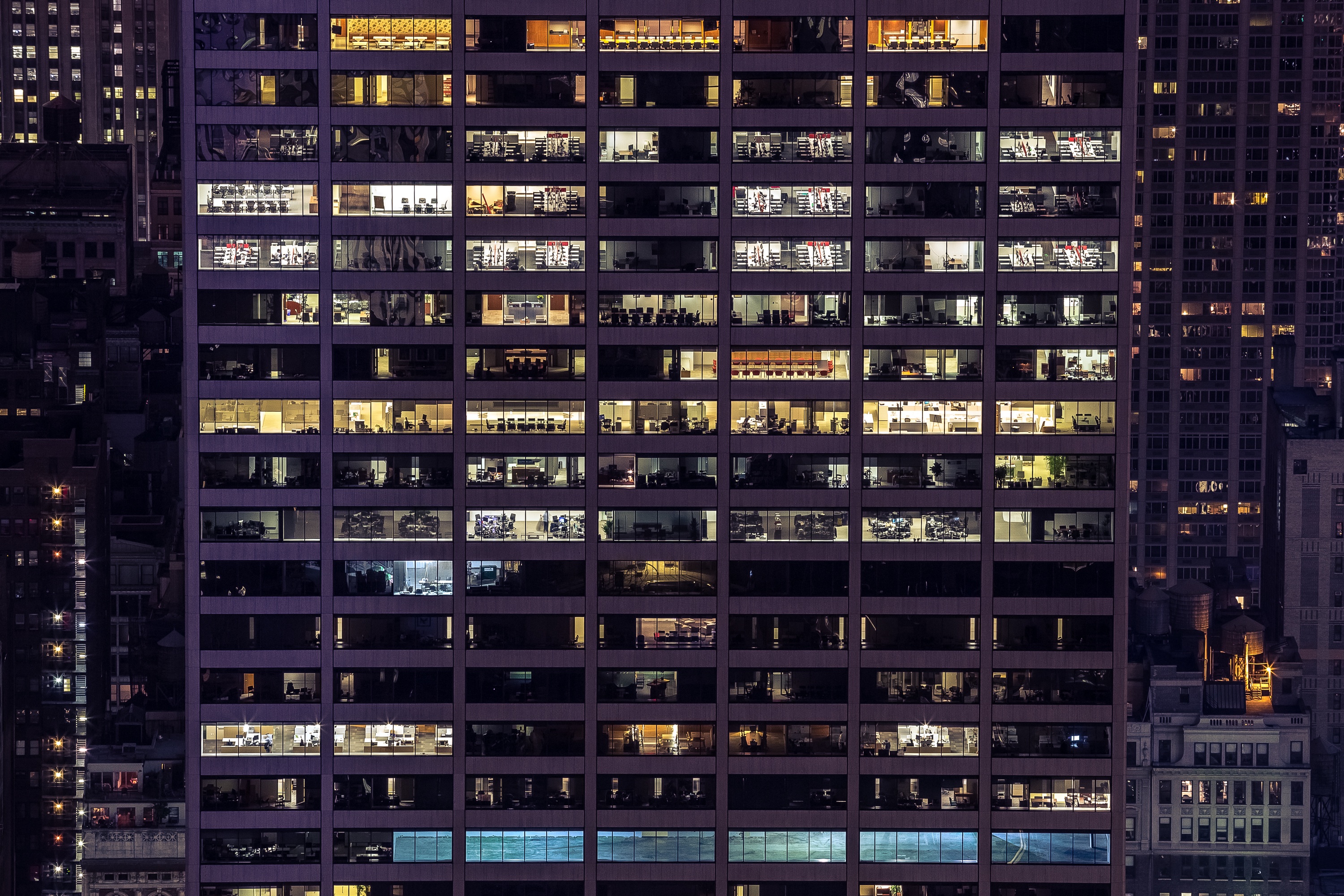